Many Muslims are fascinated by stories about how someone decided to follow Islam or made the decision to wear hijab. I myself have read countless such accounts, many of them on blogs about Muslim fashion and hijab. In fact, last year, I shared the story of how I started to wear hijab. Yet people do not only decide to wear hijab. There are also those who stop wearing it. I feel that it is important to listen to their stories as well. I want this blog to be a space of critical engagement with clothing and hijab and just cheering about those deciding to wear it won't get us there. It won't allow us to see the whole picture and it would not do justice to all those out there struggling with hijab. I am extremely honoured that Maira decided to share her story with me and the readers of my blog. It was not easy for her, and I could not thank her more for the trust she has shown to me - and ultimately to all of you reading this. Maira, I admire you for your strength, your courage and your sincerity. May Allah make it easy for you and may He reward you for every single effort you have put into coming closer Him. 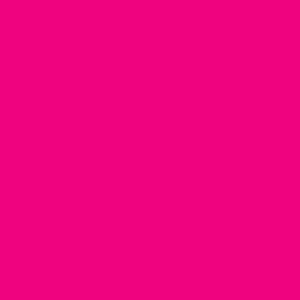 
‘For action is subordinate, possessing no value in itself. The value is in that to which it is subordinate.’ – Imam Al–Ghazali
I remember sitting in the [Islamic Society] ‘Sister’s Circle’ on ‘Sincerity’ shortly after starting University. For years I had felt a divine Love growing inside me, but as was always the case in my life, I did not want to commit. As the speaker spoke gentle but firms words on God, devotion, the world, the heart, the Qur’an, my heart beat faster. It was during this circle that I felt a whisper of conviction emerge within me, after years of seeking truth and learning about Islam. This certainty was ‘La Ilaha Ill-Allah’- ‘There is no deity worthy of worship, except God’.

When I decided to wear Hijab, it was my acceptance of a singular devotion to God, a declaration of being a Muslim, a concentration of intention and above all, an expression of Love for the Divine, the One I was unconditionally bound to. I felt grateful and honoured every morning as I wrapped it around my head.


Three years later, I sat in solitude and silence for the first time during Itikaf in the last 10 days of Ramadan. I felt a terrifying awareness of the inescapable nature of my own soul and its Creator. I knew intuitively that I’d be sat in the darkness of a black hole for a while thereafter, as I grappled with the question ‘Can there be rules in Love?’ I admitted that I felt restricted in my practice, and yearned for more. I knew that there were ups and downs on the road to the Lord, but I was too impatient to accept them. I wanted to be back on the High. Immediately. But the fire was burning out, I no longer held a Centre from which to connect to the Absolute.

Religion has always been a visceral experience for me, rather than an intellectual ‘belief system’ or decision-making/decision-filtering mechanism. As an addictive personality, I tend to take things to an extreme, I fall in Love. In my enthusiasm, I had raised my faith to a superficial and inflexible ‘height’, one that I could not keep up with. I had become obsessed with the Signs and lost sight of what they were pointing to.

Following months of deliberation, I removed my Hijab and sought to find God again. Admittedly, my decision appears crude in its finality. I decided the cure for complacency and confusion was to go back to the basics. I felt there was no point in religion for me, if there was no instinctual connection to God, so I decided to start from scratch. Removing my Hijab was single-handedly the most painful decision I have ever had to make. It was a companion, and I miss it deeply.

There were moments that I felt I would have to leave Islam altogether. I remember watching Newsnight when an outraged young Muslim woman screamed at a homosexual man to either accept the tenets of Islam as generally practiced or leave. I felt she was speaking to me, with my perspectives on the Hijab. My face burned in shame, maybe she was right. Maybe my worldview was no longer compatible with the faith. This quickly turned to anger. No mortal had the right to judge so severely on behalf of God.

‘You will not attain the reality of faith before you come to regard all people as foolish in God’s religion.’ – Ibn Umar

Why would I leave if I still held on to my Shahadah? If I had left, I would have succumbed to a popular vision of the religion, not the orientation of Love and devotion to God which had brought me to it in the first place. Yes, I needed to recalculate and reconsider a few things I had taken for granted. But I was adamant that I had just as much of a right as anybody else to worship God and call Him Allah, whilst connecting through the Qur’an and prayer.

The centrality of the position given to Hijab, in modern day Islamic discourse, is one that simultaneously terrifies and bores me. It terrifies me because God is rarely mentioned unless He is having words of judgement and intolerance put in His mouth. It bores me, because I can’t get myself worked up about assessing the intimate decisions of others or justifying my own. To me, the question ‘is Hijab compulsory?’ is based on the false premise that any act of worship can be psychologically enforced. Nothing is compulsory. Of course, it is our duty to raise one another up, but this duty can’t be carried out without justice, surely. Without treating the individual before us as autonomous. This is why worship is so great, it is wilful.

‘There is no compulsion in religion:
true guidance has become distinct from error, so whoever rejects false Gods and believes in God has grasped the firmest hand-hold, one that will break. God is all hearing and all knowing.’ (Qur’an 2:256)
We all have within us our Fitrah, the purest aspect of our soul which knows only one thing; and that is its dependency on its Source. In my view, this is Tawheed in its most immediate and paradigm-shattering form. It is accessible to every human being without exception. The inaccessibility of spirituality in the turbulent world we live in is worrying, and a shame. A brief introduction to Sufism assured me that it was ok to stay and take faith at my own pace. When someone would approach Maya Angelou declaring themselves ‘Christian’, she would retort ‘already?’ Becoming a ‘Muslim’ is similarly a lifelong endeavour. I have learnt to find a balance between patience and impatience with myself. I know now that the path is not linear, there is no need to rush because the End is inevitable. Every step I take is one closer to Him, and one closer to Home.


‘We are not going in circles, we are going upwards. The path is a spiral; we have already climbed many steps.’ – Herman Hesse

This is why I remain Muslim. Because for me, Allah is the Truth. In the eye of the Hurricane that is this world, He is the rope I hold on to, till it all blows over.

I was asked to write this piece by Philippa around a year ago. The topic is still a slight wound in my psyche, one I wish I could heal and find comfort in. And I am not exaggerating when I say, that there is literally nobody else I can think of for whom I would be willing to recount my thoughts on this topic (on which I could write a book). I have felt the confusion of old friends as they appear offended by what look to them like fickle decisions. Yet, I have felt only curiosity and an intellectual interest on her part. Therefore I write this for her. Thank you darling. May Allah bless you always. Ameen."
.
Eingestellt von gutbetucht um 19.11.14

Thank you for your comments, but please remember that this is an anonymous blog, so in case you know me please do not mention my name or any other personal details!